"RABBIT: An Original Rabbit Tragedy" by Jon Mac Cole and Savannah Reich is a tale of a runt-born rabbit named Jonathan who dreams of being a great magician...or just having a family of his own. But, when a hawk picks up the unsuspecting hare, Jonathan is set on a journey that we are told can only have a tragic end.

"RABBIT" is a traveling Do-It-Yourself theatre show by Eternal Cult, currently touring with stops all along the East Coast. Besides great writing, the show boasts all the ingenuity of a indie band music video with the cast transforming themselves in simple but effective homemade costumes. Similarly, the group travels the country with a van and a set that is assembled and dissembled at each venue.

Jon Mac Cole stars as Jonathan, the tragic rabbit who - often through no fault of his own - ends up down Aristotle's structure more than up it. Savannah Reich is his hipster daughter with dreams and desires but not enough maturity to actually make a viable life plan. Rounding out the uber-talented cast is Patrick Costello, Flora Mahaffy, James Jordan and Anna Young as a cavalcade of characters from a hipster badger, a free-range shyster Guinea pig, a pretentious sci-fi novel writer, and the operatic Black Rabbit Queen of the Dead (among others).

At first glance, the play seems ripe for a children's production - if a few curse words could be removed. But, in the dawning of the second act proves what the Greek Chorus revealed at the top of the show - that the show is indeed a tragedy and can only end as such. Not a bloody, bloody, funny "tragedy", but an existential crisis of self-worth, the cages we can and can't escape and whether the choices of out lives matter.

Don't neglect to wear your ears. It is imperative that the show only be seen by squirrels.

Dates for the show can be found here: http://www.brownpapertickets.com/event/278963 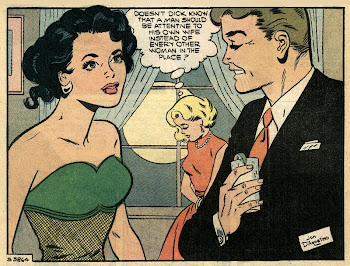